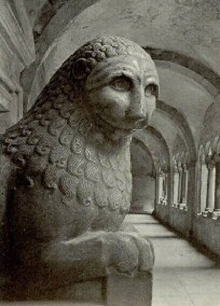 Depart Munich early about 8.00 am.
Door to Door service is yours with all my tours, beginning and ending at your Munich Hotel. Relax and enjoy your holiday with me as your driver, guide, and translator.

We will cross through the beautiful Bavarian landscape while driving by onion dome churches in to the Alps, and reach the highest point of the German Auto bond system.

We will pass along the lake of Chiemsee where Ludwig II built his last monumental castle. 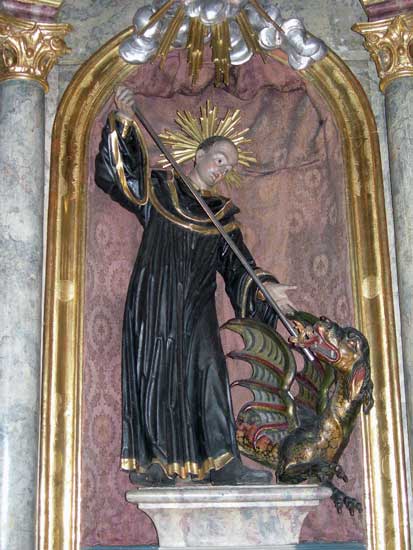 The village of Berchtesgaden is only 20 minutes from Salzburg and has one of the most interesting Palaces in Bavaria which is still owned by the Bavarian Royal family; it is a delight. 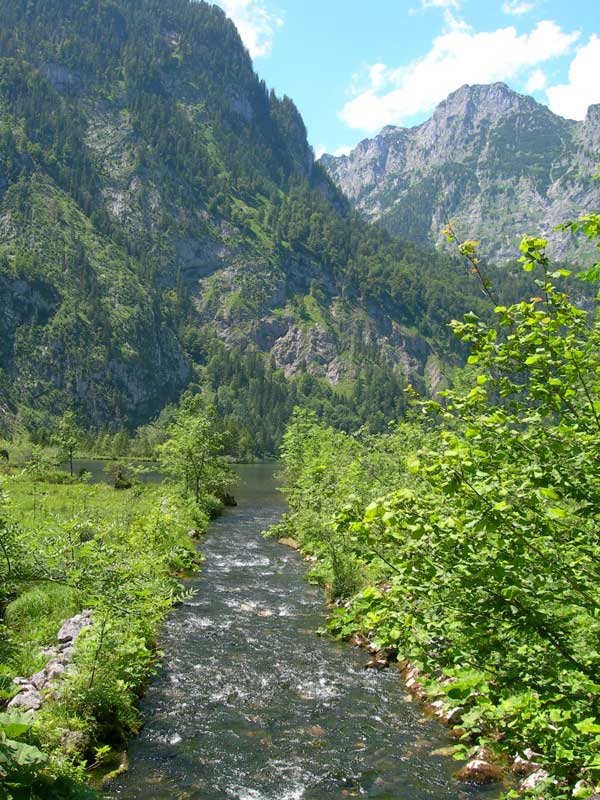 Berchtesgaden Palace, the hunting palace and residence of the Wittelsbach family from 1810 until today, was once the centre of a small clerical state. The Augustine convent, which was founded in 1100, gained the status of a princely provisory in 1559. The complex as we see it today is the result of centuries of building activity. 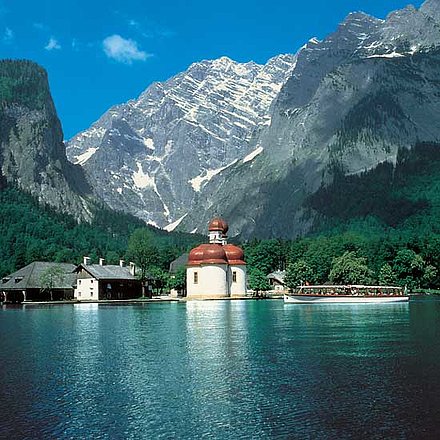 The works exhibited in the palace are from the collections of Crown Prince Rupprecht of Bavaria, who founded the museum in 1923. The medieval origins are evident most of all in the Romanesque cloisters (around 1180). The Gothic hall with two aisles (around 1400) houses the valuable collection of southern German sculptures (15th to 16th century), including two early works by Tilman Riemenschneider. The weapons collection is shown on the upper floor, alongside two Renaissance halls with 15th and 16th century tapestries, portraits and relieves. Particularly valuable are the Renaissance portals, one with a marble frame carved by the school of Loy Hering (1538). A large collection of 18th/19th century porcelain presents the manufactures in Nymphenburg and Frankenthal. The presentation on the third floor, formerly the living quarters of Prince Regent Luitpold of Bavaria (1821-1912), includes not only Empire and Biedermeier furniture but also 19th century paintings by the Munich School. At the end of the tour the visitor can continue to the rose garden with its Renaissance fountain. 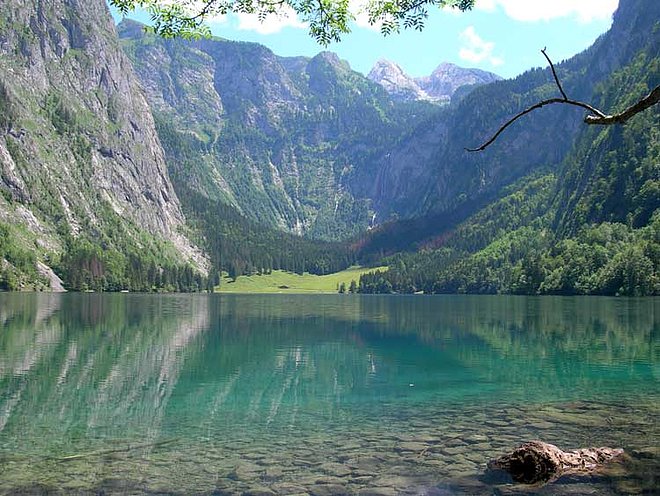 Just a short car ride will take us to the lake of Königsee. Located there is the lovely chapel of St. Bartholomae. Can only be reached by boat over lake Königsee (Kings Lake) with his clear and emerald-green water. 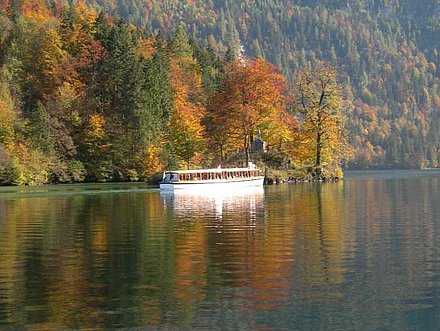 Ask about special walks and boat trips. Being in this marvelous landscape encircled by the rocky walls of the Watzmann massif will be a unforgotton experience on this day tour.

After a lunch by the lake or boat ride we will return to Munich.