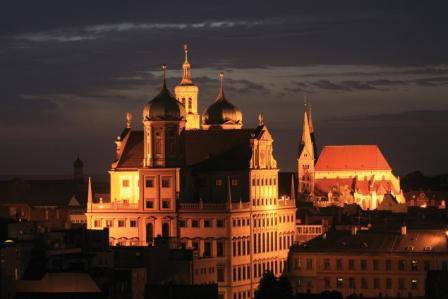 Close to Munich is Augsburg which was founded by the Romans in 15 B.C.
First settled in 15 B.C. by the Romans, Augsburg has lived through many periods. It city center has much charm and history for you to experience either in several hours or a full day tour.
Here the rivers Lech and Wertach come together to form one of Germany oldest cities. You can experience the Renaissance, Rococo and Industrial times; Augsburg has played a leading role Europe. Now Augsburg is the third largest city in Bavaria. 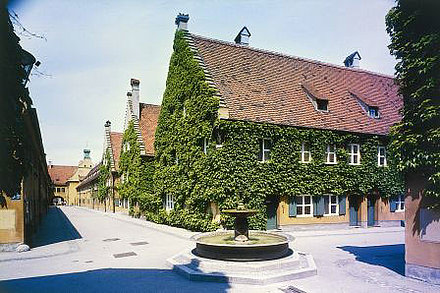 In the 13th century, Augsburg became a Free Imperial City and remained so for the next 500 years. Augsburg has been the seat of a bishop for over 1250 years.
In the 15th and 16th centuries Augsburg reached its highest level of economical success via the bank and metal businesses of the merchant families Fugger and Welser. 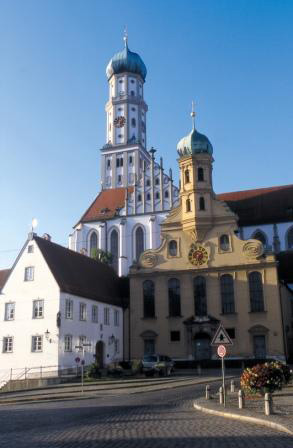 The power of these families in Augsburg turned Augsburg in to an early cosmopolitan city. Here emperors and parliaments were attracted by the wealthy atmosphere.
Many creative people were also attracted such as famous painters, sculptors and musicians. Born in Augsburg was the famous painter Holbein; Mozart and the playwright Berthold Brecht also had homes here.
Augsburg has so much Rococo that it was called the "Augsburg style".

After the end of the Thirty Years' War, the creative arts began to grow like wild flowers. The hands of well known and talented Gold- and silversmiths were busy here; as well as copper engraving and lithography. Towards the end of the 18th century, the textile industry began to develop with the beginning of the industry revolution. 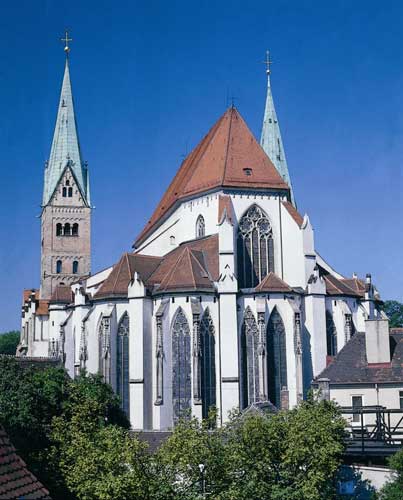 In more modern times there were very important engineers such as Rudolf Diesel who built the first internal combustion engine. Linde who built the refrigerator, or even Messerschmitt who built the first factory to build jet airplanes in series.
The population of Augsburg being about 275,000 people; today the city attracts both young and old. During the year many people attend the cities many conventions, museums and industrial centers. There is also a University in Augsburg that keeps the young spirits alive with their new ideas. 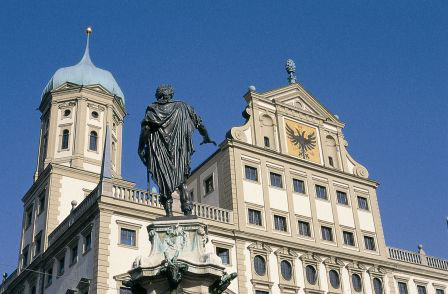 On August 8 the city celebrates its own legal holiday called, "Peace of Augsburg".
Augsburg has much to see including the world's first social housing which was built by the rich brothers Fugger (Jakob Fugger the Rich in 1521 AD). The area has 67 houses with 140 apartments. You may visit a museum here where you be informed about the Fugger family.
In Augsburg there many other points of interest I will be happy to show you when the time allows. 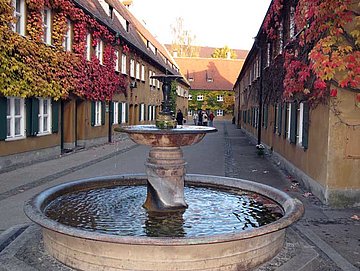